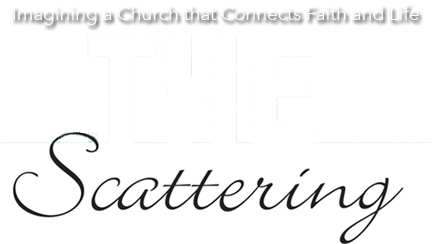 What divides us? What unites us? And what serves God’s Kingdom?

Sometimes our best laid plans go better than we think.

The reading for the Third Sunday of Pentecost was that tough passage from Matthew 10 in which Jesus says, “Do not think that I have come to bring peace to the earth; I have not come to bring peace, but a sword.” In an age where such a saying is often seen as license to sow division “in Jesus’ name” what possible meaning could it hold for us?

That is the question I struggled with as I set about the task of preaching on this gospel. I told the people that (in Matthew’s day) this was not license to divide, but a reminder of the reality that following Jesus caused division between a man and his father, between a daughter and her mother. Further, I said that the larger message in the reading is that when we experience division for standing up for what we believe (as opposed to causing division) God is with us, God knows what is going on (like he knows the sparrows in the field and the hairs on our head), and that we shouldn’t be afraid.

At the end of the sermon I engaged the people in a participatory exercise based on an idea that I found in our worship planning resource, Sundays and Seasons. Prior to worship I had half sheets of paper inserted into the bulletins. I asked people to put their first name at the top of the page, and then to develop a list of words that describe them: mother, brother, daughter. I encouraged them to write down words that reflected their relationships and their roles: Dad, employee, boss. I suggested that they include words that distinguish them from others: Democrat, Republican, Rotarian. Gay, lonely, student.

When they were done I told them that they should have a pretty good start on a piece of paper that identifies them, who they are, what they do, how they are involved, what makes them different from everyone else. I then invited them to come to the font (where we had baptized a newborn earlier in the service: “Matthew Wesley, child of God, you have been sealed with the Spirit and marked with the cross of Christ forever.”) and to exchange their “identity paper” for another piece of paper, an identity card of sorts, which listed the only identity that matters. “Child of God” was printed on the front of the small slip of paper; on the back was a description of what it means to be a child of God—the list of promises we make when affirming our baptism: “live among God’s faithful people, serve all people following the example of our Lord Jesus,” and so forth.

The people dutifully and somewhat solemnly processed to the font where they surrendered their identity paper in exchange for a new identity card. I suggested that they might want to slip this identity card in their wallet next to their student ID or their driver’s license as a continuing reminder of who they are and what they are called to be and do.

That’s when things took an unexpected turn for the better: As I was exchanging their lists for the new identity card, I kept looking at the growing pile of paper. I realized the power and the significance of what was represented in that pile. My planned sermon completed, I told the congregation that I wanted to pray for the pile of paper at my feet.

“Gracious God we give you thanks for all of these things that make us who we are. They are important. Who we are, what we do, what we believe are important to you, for these are the ways that you work in the world. They are important to us, for these things make us who we are. But we give you thanks for this overarching identity: “Child of God.” For it is this identity that defines whose we are, who we are, and who you call us to be. May we go from here to let our light so shine before others that they may glorify you. We pray this in Christ’s name. Amen.”